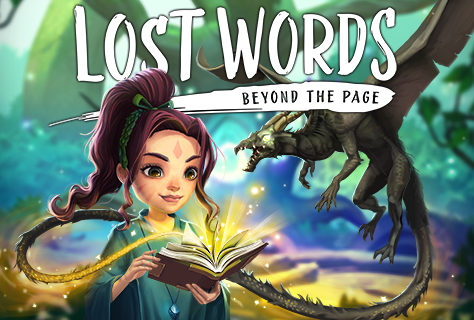 Sketchbook Games Founder Mark Backler has been in the news recently with his new and unique platform game Lost Words: Beyond the Page. We wanted to see exactly what all the excitement was about and he very kindly shared this insight with us.

Sketchbook Games who are based at the Innovation Centre have recently released their debut video game, the multi-award-winning Lost Words: Beyond the Page on Steam, PS4, Xbox One and Switch.

The game has just been nominated for Excellence in Narrative at the prestigious Independent Games Festival awards, which will take place on the 21st July, as well as being nominated for three Games For Change awards, for Best Gameplay, Most Innovative and Most Significant Impact that take on the 12th July.

Lost Words is an atmospheric puzzler featuring a story written by Rhianna Pratchett. The game is set in the pages of a young girl’s diary and sees players using words to solve puzzles based on their meaning as well as making choices that help shape the story, which is about a young girl called Izzy who is aspiring to be a writer. When her gran gets ill, Izzy uses the fantasy world that she’s writing about as a means to deal with what’s happening in the real world.

Sketchbook was founded by game designer Mark Backler who has previously worked in the games industry for 14 years at companies like Electronic Arts, Sony and Lionhead Studios on games including Harry Potter and the Order of the Phoenix and Fable 2. 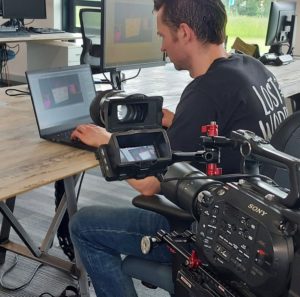 Recently Mark and Rhianna were interviewed by BBC Look East about Lost Words and the upcoming awards and this was aired recently.

You can watch the recent interview with Mark, and Rhianna on You tube here: https://www.youtube.com/watch?v=qmt4Rfif5t4

Plus you can find out more about Lost Words on Twitter here.

The game is also up for the Games For Change – Audience Award, and you can vote for Lost Words here.

We wish Mark, Rhianna and all the team good luck as they enter their award season, where they will surely triumph given the buzz around this exciting game.

You can find out more about which cookies we are using or switch them off in settings.

This website uses cookies so that we can provide you with the best user experience possible. Cookie information is stored in your browser and performs functions such as recognising you when you return to our website and helping our team to understand which sections of the website you find most interesting and useful.

Strictly Necessary Cookie should be enabled at all times so that we can save your preferences for cookie settings.

If you disable this cookie, we will not be able to save your preferences. This means that every time you visit this website you will need to enable or disable cookies again.